Driverless cars and taxis have been improving the lives of millions in the pages of science fiction since 1935. Joined by GM’s automated highway plans in its seminal 1939 Futurama ride, the basic driverless dream has changed little in the ensuing decades. Besides reducing accidents and congestion, such cars might liberate city centers by eliminating the need for most parking.

Of course, in the pre-computer days of the 1930s, giving cars meaningful smarts was literally the stuff of science fiction. But there might be other ways….

Much of the danger of early motoring was not the cars but the era’s narrow, ill-marked roads, designed mostly for local travel. Railroads were still the superhighways. By the 1920s, a few began to dream of transforming roads into something more like a modern freeway system, where controlled access would simultaneously raise speeds and reduce accidents.

By the 1960s, enthusiasts of artificial intelligence (AI) on computers began dreaming of cars smart enough to navigate ordinary streets on their own. The challenges were daunting – essentially to reverse-engineer the relevant systems in a moving animal like a cockroach:

The first and last steps were feasible with known technology. The unknown part was the processing, the machine intelligence needed in between.

In the 1980s, German pioneer Ernst Dickmanns got a Mercedes van to drive hundreds of highway miles autonomously, a tremendous feat especially with the computing power of the time. Around the world, dozens of other pioneers added their own improvements.

In 2004, the U.S. Defense Advanced Research Projects Administration (DARPA) challenged dozens of teams then working on autonomous vehicles to compete for a $1 million prize. The hope was that a third of military vehicles would drive themselves by 2015.

Like many emerging technologies, self-driving has found uses in specialized applications long before reaching the general public. In the pit mines of northern Australia, trucks the size of a spacious house rumble over gravel roads without a human touch. Combine harvesters and other farm vehicles are increasingly outfitted with self-driving capabilities, as are specialized vehicles in warehouses, factories, and other industrial environments.

Today more and more self-driving features come as options on high end conventional cars, like the BMWs and Volvos that keep lanes, self-park, and brake for emergencies. While their manufacturers are eager to point out that such cars augment your skillful driving, rather than replace it, some systems are getting so powerful that distinctions blur.

Google, of course, is famously working on self-driving systems for the open road, with full autonomy as an explicit goal. But from Toyota to Nissan, several other companies are quietly chasing very similar dreams. Three states now permit self-guided vehicles. Will the autonomous future arrive not with a bang, but so gradually we barely notice?

Are We Programming Killer Cars? The Ethics of Autonomous Vehicles

Posted by AVi on Jun 28, 2019 in Adoption, History, Security | Comments Off on Are We Programming Killer Cars? The Ethics of Autonomous Vehicles 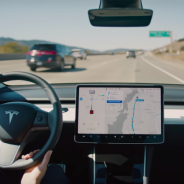 Self-driving cars have become technologically feasible. The question now is: are they ethically feasible? By  Ariella Brown June 27th, 2019 Over the past several years, more and more autonomous features have been embedded in cars. And just a couple of months back, Tesla released the following video in which it boasted about having achieved “Full Self-Driving.”   A Techopedia article reported that even earlier Tesla cars contained “the necessary hardware for autonomous driving,” though activating the ability depended on a...

As the age of autonomous vehicles nears, why are policy wonks focused on the past?

Posted by AVi on Nov 26, 2015 in Adoption, History, Technology | Comments Off on As the age of autonomous vehicles nears, why are policy wonks focused on the past?

This article original posted on latimes.com In 1898, just before the dawn of the automobile age, delegates from around the world came to New York for the world’s first international urban planning conference. One topic dominated the discussion. It wasn’t the effects of the coming car revolution on urban land use, the need for gasoline stations or the implications for economic development. It was horse manure. At that time, Americans used roughly 20 million horses for transport, and cities were drowning in their muck. But we...

Self-Driving Cars: Are We Ready?

Posted by AVi on Oct 17, 2014 in Adoption, Business Models, Featured, History, Vehicles | Comments Off on Self-Driving Cars: Are We Ready? 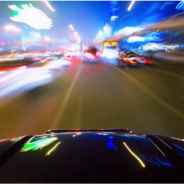 You can find the full report here Three key insights emerged from recent KPMG research: Focus on improving Consumers’ Quality of Life While consumers still have many questions about safety, liability and the operation of self-driving cars, their receptivity increased significantly when presented with the right value proposition, which can be summed up as follows: shorter commute times + reduced traffic-related variability + the ability to use the vehicle in either self-driving or human-operated mode (self-driving on/off) = a strong incentive...