The Autonomous Vehicle Institute exists to assist European communities, businesses, and government in navigating complex strategy and adoption issues that will accompany the evolution of connected and autonomous vehicles. Much of the content on this site has been collected from other sources, in which case the link and credit to the original source is provided.

Some key facts from Wikipedia on Autonomous Vehicles:

Autonomous means having the power for self-government. Many historical projects related to vehicle autonomy have in fact only been automated (made to be automatic) due to a heavy reliance on artificial hints in their environment, such as magnetic strips. Autonomous control implies good performance under significant uncertainties in the environment for extended periods of time and the ability to compensate for system failures without external intervention. As can be seen from many projects mentioned, it is often suggested to extend the capabilities of an autonomous car by implementing communication networks both in the immediate vicinity (for collision avoidance) and far away (for congestion management). By bringing in these outside influences in the decision process, some would no longer regard the car’s behaviour or capabilities as autonomous; for example Wood et al. (2012) writes “This Article generally uses the term “autonomous,” instead of the term “automated.” We have chosen to use the term “autonomous” because it is the term that is currently in more widespread use (and thus is more familiar to the general public). However, the latter term is arguably more accurate. “Automated” connotes control or operation by a machine, while “autonomous” connotes acting alone or independently. Most of the vehicle concepts (that we are currently aware of) have a person in the driver’s seat, utilize a communication connection to the Cloud or other vehicles, and do not independently select either destinations or routes for reaching them. Thus, the term “automated” would more accurately describe these vehicle concepts”.

An alternative classification system based on five different levels (ranging from driver assistance to fully automated systems) has been published by SAE, an automotive standardisation body.[11]

Autonomous vehicles are still a developing technology; a large number of companies and researchers have speculated about future developments and the possible effects of the cars. 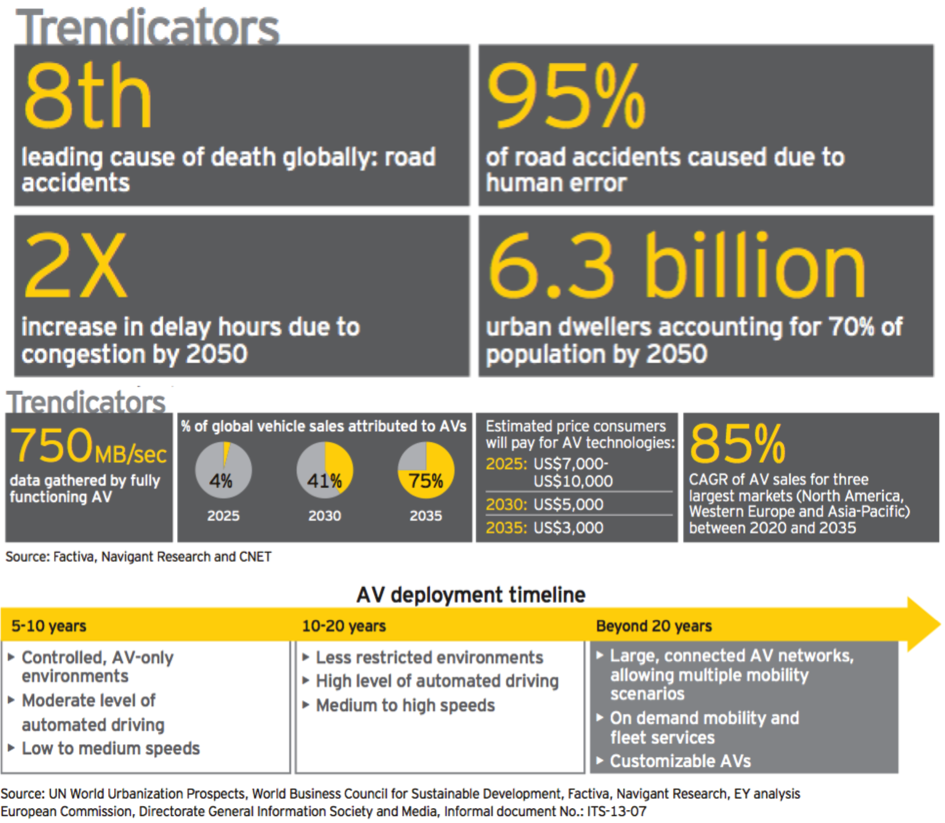